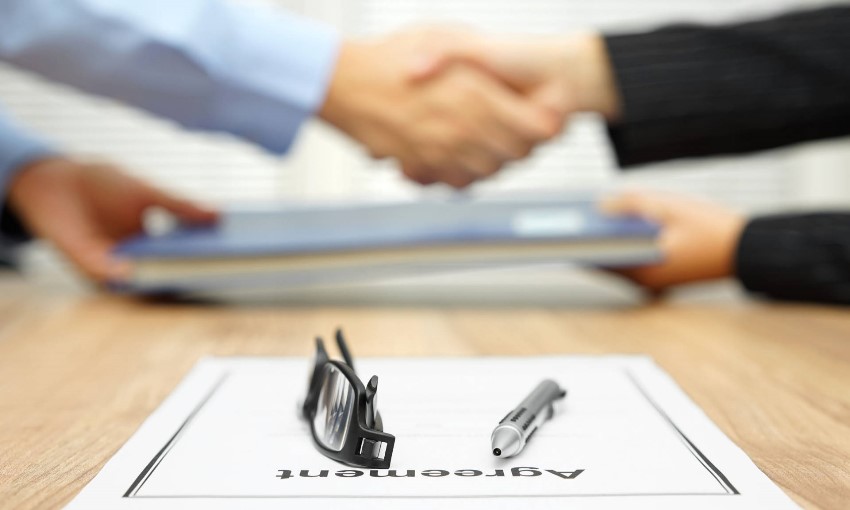 The facts in Builders Warehouse (Pty) Ltd v Commission for Conciliation, Mediation and Arbitration and Others were as follows:

The third respondent (employee) was employed by the appellant (Builders Warehouse|) in its Pretoria store as from September 2004. She requested a transfer to a store in Port Elizabeth for medical reasons. Her request was granted and she was transferred there in January 2009. The worked at the Port Elizabeth store as an Administrative Manager. In the course of the years 2009 to 2011, she was often absent from work owing to ill health. A number of meetings were held during 2010 and 2011 with her regarding her absenteeism. One of such meetings took place on 24 May 2010.

A further meeting took place on 4 August 2010. At this meeting, the third respondent and the appellant signed an agreement in terms of which she undertook to make every endeavour to minimize her absenteeism due to illness. The third respondent acknowledged the seriousness with which the appellant viewed her absenteeism and understood that future absenteeism would necessitate the continuation of the counselling process due to incapacity and that this could constitute a substantive ground for the termination of her employment.

On 22 December 2010, the Branch Manager of the Port Elizabeth store, complained that it was difficult to run the operation because the third respondent could not be relied upon to attend work when the business needed her the most.

The third respondent’s absenteeism during critical periods was again discussed with her on 30 June 2011. On 9 September 2011, the third respondent was admitted to hospital and placed on medication. She was obliged to continue with medication after her discharge. She informed the appellant that this medication had side-effects which made her sleepy and impaired her concentration levels. She indicated that the side-effects were expected to be of a temporary duration.

On 11 October 2011, the third respondent left the store because she was feeling sleepy. She left through the front entrance and not the staff entrance of the store. In doing so, she failed to clock out. She also failed to declare that she was off-site. As a result, the appellant instituted disciplinary action against her. The third respondent said that the side-effects caused by the medication were the cause of her incapacity. She was issued with a final written warning.

The position did not improve. The third respondent was then suspended pending an investigation into her capacity to undertake the functions of an Administrative Manager owing to her health and performance. An incapacity hearing, chaired by an external chairperson, was convened on 11 January 2012. The chairperson ruled that owing to the third respondent’s excessive absenteeism during 2009 to 2011 and her response to previous counselling sessions (where she had made a commitment to improve but was subsequently absent from work for a longer period), dismissal was the appropriate sanction. However, as an alternative to dismissal, the chairperson offered her a demotion to the position of the receiving supervisor. The third respondent accepted the demotion.  The third respondent subsequently complained to the CCMA that the appellant had committed and unfair labour practice by demoting her.

The question here is whether the third respondent was entitled to refer an unfair labour practice dispute concerning the demotion to the CCMA.  The Arbitrator in the CCMA decided that because there was consent to the demotion, the CCMA did not have jurisdiction to hear the dispute. The Third Respondent then appealed to the Labour Court and once again to the Labour Appeal Court.

The Labour Court and the Labour Appeal Court looked at Section 186(2)(a) of the Labour Relations Act, which states:
‘Unfair labour practice means any unfair act or omission that arises between an employer and an employee involving – ‘unfair conduct by the employer relating to the promotion, demotion, probation (excluding disputes about dismissals for a reason relating to probation) or training of an employee or relating to the provision of benefits.’
The Labour Appeal Court upheld the judgement in the Labour Court and found that although a binding contract comes into existence when employers and employees settle their differences by agreement, such an agreement does not mean that the CCMA does not have jurisdiction to hear the dispute.

The fact that the parties have agreed that the employee accepted demotion is not a defence for the employer because the ambit of this unfair labour practice is wide enough to include the implementation of an agreement to accept demotion. The Labour Appeal Court confirmed that the determination of whether a demotion took place, unlike the determination of dismissal, does not require an arbitrator to determine if there was consent or not. This means that the CCMA does have the power to hear a matter relating to a demotion even though there was consent thereto.